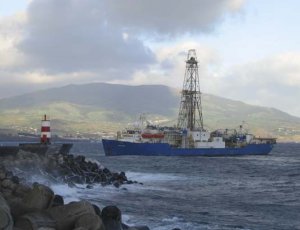 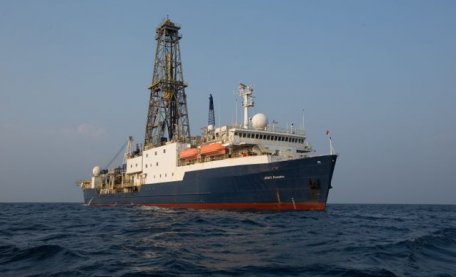 A better understanding of the potential consequences of anthropogenic-induced carbon emissions for Earth’s climate can be gained by reconstructing past environmental change during warmer than present intervals of geologic time. One time interval that has received particular attention over the past two decades is the Pliocene epoch (~5.3–2.6 Ma).

The Pliocene represents the most recent interval in the geological past when global temperature and sea-level were elevated relative to today and atmospheric carbon dioxide (pCO2) was at least comparable to modern, post-industrial concentrations. Studies of this important time interval permit validation of Earth Systems models used to infer Earth’s future climate, under boundary conditions (e.g. orogenic and ocean gateway settings) that are largely comparable to today. They also permit an assessment of equilibrium climate sensitivity on long timescales (centuries to millennia) to pCO2 similar to current day levels.

The history and the causes of Pliocene warmth, and what combination of processes led to its termination during the onset of Quaternary-style glaciations, are still poorly understood. The Exeter Pliocene research group, led by Dr Ian Bailey and Dr Kate Littler at Camborne School of Mines, in collaboration with Prof Paul Wilson, Prof Gavin Foster and David Lang at the University of Southampton and colleagues at the universities of Bristol, Heidelberg in Germany and Lamont, Lafayette, and Brown in the USA, seeks to address these issues principally by studying marine records drilled by the Integrated Ocean Drilling Program (IODP) and its predecessors.

Continental climate during the warm Pliocene and the transition to Quaternary

The broad consensus among climate model predictions for the future suggests an increase in the expanse of arid to semi-arid zones in a warmer world and an increased occurrence of ‘mega-droughts’ in such regions. Yet extensive study of the record of terrestrial climate and climate model simulations for the warm Pliocene (~3 to 5 millions of years ago, the last time atmospheric carbon dioxide levels were comparable to today) indicates noticeably wetter than modern conditions in modern arid and semi-arid regions, including those in southwest North America, South America, Europe, and Australia (e.g. Jimenez-Moreno et al., 2010; Goldner et al., 2011; Salzmann et al., 2013).

Terrestrial records of precipitation balance provide powerful insights into Pliocene climate but are, by their nature, rare, discontinuous in coverage and often suffer from age control limitations. By contrast, marine records immediately downwind of continents, which for the Pliocene have been largely underutilized for addressing this problem, provide well-dated, high resolution and continuous archives of terrestrial climate.

We are utilizing such records (e.g. Lang et al., in review for QSR) to reconstruct detailed histories of terrestrial climate (e.g. aeolian dust deposition, a proxy for continental humidity/aridity) from key locations benefiting from excellent age control from the (I)ODP archive to shed new light on the regional evolution of terrestrial climate during the warm Pliocene. Key outcomes will be to provide an independent mean to test the competing hypotheses available to explain early Pliocene warmth and wetness and improve our understanding of the fate of mid-latitude climate in response to anthropogenic global warming.

History and origin of Pliocene intensification of northern hemisphere glaciation

Maturation of northern hemisphere ice-sheets during the Pliocene is reflected in the culmination of a 1 Myr-long increase in benthic foraminifer δ18O over ~3.5–2.5 Ma with evidence for ice-rafted debris (IRD) deposition in the northern high latitude oceans from 2.75 Ma. The magnitude of IRD deposition in the subpolar North Atlantic, however, is not simply linearly related to the volume of continental ice-sheets. Moreover, without knowledge of the provenance of this IRD potentially misleading inferences can be made regarding the spatial evolution of continental ice-sheet growth during Pliocene iNHG. If we are to understand the drivers of Pliocene NHG we therefore must better understand the sources of IRD deposited in the subpolar North Atlantic Ocean. To do this we measure the geochemistry (e.g. Pb-isotope composition) and age (e.g. via Ar-Ar dating) of large numbers of individual sand-sized ice-rafted feldspars and amphiboles, respectively.

One way in which our provenance research has contributed to the iNHG debate has been to address the meaning of the major onset of IRD deposition in the Nordic Seas and subpolar North Atlantic Ocean during marine isotope stage G6, 2.72 Ma, in terms of ice-sheet extent. Previously, for example, it is hypothesized that this event records the Pliocene onset of major NHG due to a synchronous advance of North American Laurentide, Scandinavian and Greenland ice-sheets to their marine calving margins during MIS G6 (Kleiven et al., 2002; Palaeogeog. Palaeoclim. Palaeoecol).

Recently, by measuring the Pb-isotope composition of many individual (>150 µm) sand-sized ice-rafted feldspars deposited at DSDP Site 611 during full glacial MIS 100 (~2.5 Ma) we demonstrated that the provenance of this IRD is comparable to that deposited during the last glacial maximum in the North Atlantic Ocean. By late Quaternary standards, the onset of ‘major NHG’ is perhaps best defined by the first time during iNHG when northern hemisphere ice-sheets expanded into the mid latitudes (Head et al., 2008). Based on the terrestrial record of NHG, we can be confident that this condition was met in North America during MIS 100 (Balco and Rovey II, 2010). We therefore used the Pb-isotope composition of ice-rafted feldspars deposited in the North Atlantic Ocean during MIS 100 as a reference template against which to test for the attainment of major, widespread NHG during other glacials. Our data show that a persistent pattern in terms of IRD provenance and iceberg calving sources consistent at our study site with major NHG during MIS 100, is not established at Site 611 during the onset of major IRD deposition in the subpolar North Atlantic Ocean at 2.72 Ma during MIS G6, as previously hypothesised by Kleiven et al. (2002), but ~80 kyr later during MIS G2 (2.64 Ma).

The relationship between Pliocene intensification of NHG and variations in climate

The end of early Pliocene warmth (~3 Ma) occurred during a time of increasing climate extremes at both the orbital and suborbital-scale. Changes in global sea-level, which were previously dominated by fluctuations in the volume of the west Antarctic ice-sheet increased due to long-term intensification of northern hemisphere glaciation. The growth of large ice-sheets on circum-North Atlantic landmasses is thought to have led to the amplification of climate variability on suborbital time scales (McManus et al., 1999). To date, however, only a handful of adequately resolved and temporally limited records are available (e.g. Bartoli et al., 2006; Bolton et al., 2010) to test these hypotheses and existing studies have produced contradictory conclusions.

To address this gap in our knowledge, we are examining expanded Pliocene records recovered from Northeast North Atlantic Ocean sediment drifts by the Ocean Drilling Program to better understand the relationship between northern hemisphere ice-sheet expansion and both orbital and suborbital variations in climate during the Pliocene iNHG.

The ocean, through its ability to globally redistribute heat and partition carbon dioxide, is believed to play a key role in driving and amplifying climate change during Quaternary glaciations on orbital to millennial timescales. Little is known, however, about the changes in Atlantic Meridional Overturning Circulation (AMOC) associated with the culmination of Earth’s most recent major climate transition, the intensification of northern hemisphere glaciation (iNHG) by ~2.5 Ma.

Evidence for a long-term weakening of AMOC (Hodell & Venz-Curtis, 2006) and suggestions of sub-orbital deep ocean circulation changes during iNHG (Becker et al., 2006) are primarily based on benthic carbon isotopes records. Carbon isotopes may be biased, however, by changes in carbon cycling and associated changes in the isotopic composition of northern and southern deepwater sources during this interval of major global change. To address this problem we are generating new proxy records of ocean circulation, independent of the carbon cycle, using Nd-isotopes measured on fish debris, to better constrain the evolution of AMOC during iNHG.

The Indian monsoon is one of the most powerful climatic phenomena in the modern world, supplying freshwater to over a billion people annually. One of the key issues of our time is understanding how the monsoon system will respond to rising global temperatures over the coming decades and centuries, in the face of anthropogenic climate change.

In combination with sophisticated modelling studies, one of the best ways of understanding how the Indian monsoon may behave in the high CO2 future is to reconstruct how it behaved in the high CO2 world of the geological past. The Pliocene (5.33­ to 2.58 million years ago) is thought to be the last time that atmospheric CO2 was at the levels we are currently experiencing (~400 ppmv), but conditions were quite different with higher average surface temperatures and higher global sea levels during the Pliocene relative to today. We have recently made great strides in our understanding of Pliocene climate dynamics, but the behaviour of the powerful Indian monsoon at this time remains mysterious.

From November 2014 to January 2015, International Ocean Drilling Program (IODP) Expedition 353, the “iMonsoon” cruise, collected deep-sea sediments from the Bay of Bengal and the Andaman Sea, encompassing the core regions of summer monsoon precipitation for the first time. These cores, which contain sediments spanning the Miocene to Holocene in age, will be the basis of many exciting research projects in the coming years, with the aim of reconstructing the behaviour of the Indian monsoon over the last 8 million years, including the warm Pliocene.

Dr Kate Littler sailed as a shipboard sedimentologist on IODP Exp 353 and so has a large number of Pliocene-age core samples collected from the Bay of Bengal and the Andaman Sea. She is working with national and international collaborators, students and postdocs, to generate very high-resolution geochemical, sedimentological and paleontological records from these cores, to reconstruct past precipitation and sea surface temperatures and see how these varied on orbital time scales. Dr Littler is collaborating with scientists from the University of Exeter, University of Bristol, Open University, University of Bremen (Germany), United States Geological Survey (USA), Pusan National University (South Korea) and others.

In November 2015, Dr Littler was awarded a UKIODP Moratorium Award (£31k) to generate the oxygen isotope record for the Pliocene at Site U1445, in collaboration with colleagues at the Open University and NIGL. This award will allow a robust age model to be generated that will form the back-bone of future work using sophisticated organic and inorganic geochemical proxies.