Porphyry deposits provide most of the world's copper and large proportion of its molybdenum, gold and other important metals and are therefore vital to the global economy. Large porphyries, however, are extremely rare and because most near surface deposits have been discovered, are increasingly difficult to find. The main aims of my research are to gain a better understanding of how porphyry deposits form and to develop new approaches for finding them.

I am contributing to the following work packages: 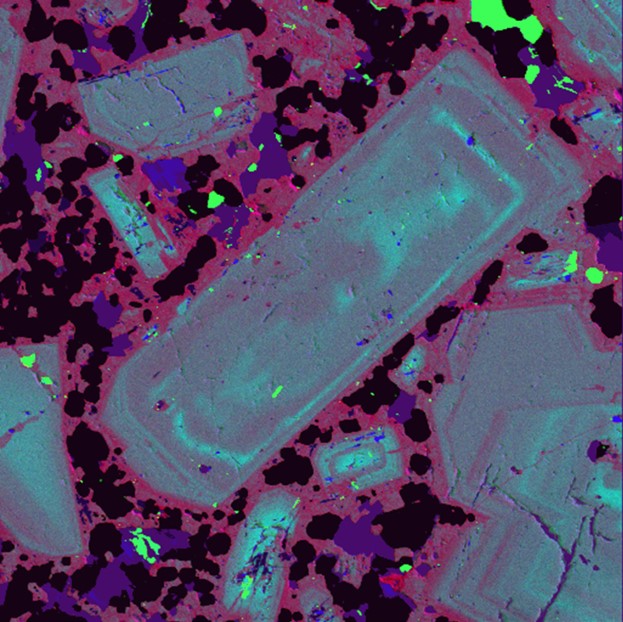 False colour image of magmatic rock which formed a large porphyry copper deposit in Chile.  The blue areas are the

mineral plagioclase which was the focus of the study (field of view 2 mm).